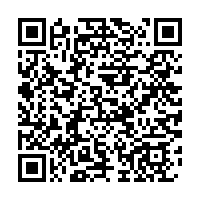 In biology, to research the cell in complete, a separate discipline had been developed, which is called cell biology. Every living species are composed of a cell. The human body comprises around a billion to trillion cells, which are mainly involved in different specialized functions. Their shape and size usually vary and a single, minute cell alone can perform several functions to keep an organism healthy and alive. It explores different aspects of the cell, such as shape and activity. This field is also termed cytology or cellular biology. Bacteria, protozoans, fungi, plants and animals are the primary categories of living creatures that have cells. Bacteria and protozoans, for example, are single-celled organisms. However, all creatures, including humans, are multicellular.

Cytotaxonomy: Cytotaxonomy is a discipline of taxonomy that classifies organisms based on the properties of their cellular architecture. The most often utilised parameter in cytotaxonomy is an organism’s chromosomal configuration to infer the relationship between two organisms. The inference of species relationships is based on the notion that closely related species have chromosomal configurations that are comparable. Karyotype evolution and species evolution can be reconstructed by analysing chromosomal similarities and differences.

Cell Physiology: Cell physiology is the biological study of the activities that occur within a cell to maintain its viability. Normal functions in a living organism are referred to as physiology. Even though their structures differ, animal cells, plant cells and microorganism cells all have similar functions. Prokaryotes were the first to evolve, and they lack a self-contained nucleus. Their mechanisms are simpler than those of later-evolved eukaryotes, which have a nucleus encasing the cell’s DNA and some organelles. The ER is the starting point for protein movement in cells. In the ER, lipids and proteins are synthesized, and carbohydrates are added to form glycoproteins. Glycoproteins are converted to glycolipids in the Golgi apparatus after further synthesis. Vesicles transport both glycoproteins and glycolipids to the plasma membrane. The process by which a cell secretes secretory proteins is known as exocytosis.

Cytochemistry: Cytochemistry is a subfield of cell biology concerned with the detection of cell constituents through biochemical analysis and visualisation techniques. This is the investigation of the localization of cellular components using staining methods. The term is also used to describe a method for determining the biochemical content of cells. The goal of cytochemical research is to study individual cells within a tissue that may contain multiple cell types. The cell’s localization is studied in a non-destructive manner. By leaving the cell components intact, researchers can study intact cell activity rather than isolated biochemical activity, the outcome of which may be influenced by the distorted cell membrane and spatial difference.

Cytopathology: Cytopathology is an Anatomic Pathology board-certified subspecialty. In broad terms, it is a diagnostic discipline that necessitates the use of distinct and discrete sets of criteria for evaluating patient samples from various anatomic locations. Because the unifying theme of cytology samples is that cells are dispersed and thus present outside the context of tissue architecture, specific diagnostic criteria are required. That is, cells are either smeared onto a slide or suspended in a liquid medium and processed using various techniques as needed.