Developing a Chemical Mechanism for Homogeneous and Heterogeneous Reactions 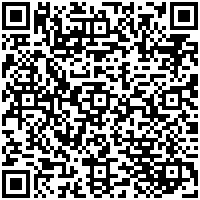 Developing a Chemical Mechanism for Homogeneous and Heterogeneous Reactions

Chemistry is the branch of natural science that examines the building blocks of matter characteristics and behaviour, including the atoms, molecules, and ions that make up compounds, as well as their composition, structure and changes that occur when they interact with other things. A chemical interaction between atoms and molecules to create new chemical compounds is one of the subjects covered by chemistry.

Chemical reaction is the conversion of one or more chemicals into another or substances. The rearranging of electrons in atom-to-atom chemical bonds forms the basis of such a chemical transition. It can be represented symbolically using a chemical equation and which are typically has atoms as the subjects. In the equation for a chemical reaction, the number of atoms on the left and the right is equal. Chemical laws are a set of fundamental principles that limit the types of chemical reactions a substance may undergo and the energy changes that may occur along with them. Any chemical reaction that occurs when the reactants are parts of two or more phases are namely solid and gas, solid and liquid, or two immiscible liquids. When one or more reactants change chemically at an interface is such as the surface of a solid catalyst, this is referred to as a heterogeneous reaction. Any of a group of chemical reactions is known as heterogeneous reactions.

The terms homogeneity and heterogeneity refers to a material or an organism’s uniformity. These are frequently used in the sciences and statistics. An object or image is homogeneous if its composition or characteristics are uniform, namely its colour, shape, size, weight, height, distribution, texture, language, income, disease, temperature, radioactivity, architectural design, etc. Heterogeneous is, if at least one of these characteristics is noticeably not homogeneous. Chemical reactions that are homogeneous contain products and reactants that are in the same phase. Heterogeneous reactions also include those that occur on the surface of catalysts made of different phases. They occur when two gases or miscible liquids are involved. Heterogeneous reactions occur when a gas reacts with a liquid, a solid reacts with a gas, or a liquid reacts with a solid.